How to protect against West Nile virus
With the recent news that Los Angeles County has become extremely low on mosquito fish, the importance of a carefully preserved fish population has once again come to the surface. In Los Angeles, the historically low levels of mosquito fish has led to an increase in the population of mosquitoes, which is particularly worrisome given the many viruses that mosquitoes can spread – including malaria and West Nile virus. Members of Vector Control in Los Angeles blame increased algae blooms in areas where they harvest mosquito fish, which is making it difficult to capture them. Whatever the case, the lack of fish is a worry, and underscores how important it is to maintain the underwater ecosystem.

The Mosquito fish, or Gambusia affinis, is native to southern and eastern portions of the United States.

Although it is not technically indigenous to the Santa Clara River watershed, the mosquito fish was introduced to the state 85 years ago.

Since then, public health officials have reported that the tiny fish is one of the most effective non-insecticidal and nonchemical methods of controlling mosquitoes.

Mosquito fish do not lay eggs, but rather give birth to live young and need no special environment to thrive.

As far as the county is concerned, mosquito fish are intended to be used for stocking ornamental ponds, animal water troughs and neglected swimming pools, called “green pools.”

First, to clarify, mosquito fish got their name because they eat mosquito larvae. In areas where mosquito fish live, it’s important to have algae control systems in place, whether that involves manual removal of the algae or use of pond filtration and other pond pumping systems. This way, the mosquito fish can be properly harvested by members of Vector Control, who can then put them out in the wild to keep the population of mosquitoes at a manageable level.

It is very important to note that home pond and water garden owners do not have to worry about the dwindling amount of city fish. The typical pond owner should rest easy knowing that if they have fish in their pond they are saving not just their yard but the rest of the neighborhood from the need to worry about mosquitoes. The nasty bugs lay there larvae in the pond water and the fish eat it. No more mosquitoes anywhere.
For the city obviously, the goal is to cut down on the growth of the mosquito population, so if there is no way of installing a pond filtration system, the best bet is to work on creating an environment that is unfriendly to mosquitoes. Mosquitoes prefer non-moving, stagnant water.
The lack of mosquito fish in the Los Angeles area is a growing concern, but it’s not an insurmountable one as long as the proper steps are taken to combat the mosquito population manually.
Bio: Sunland Water Gardens is a grower of aquatic plants based in the Los Angeles Area that is focused on planning, designing, building, and maintaining ponds. We offer all manner of aquatic plant life for your pond including pond fish and Koi.
Source: TheSignal 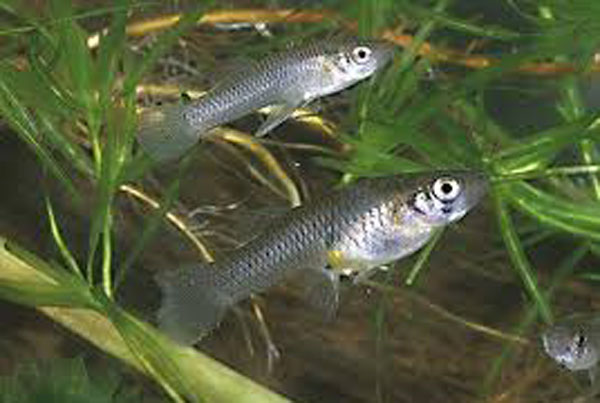 0 Responses to "How to protect against West Nile virus"